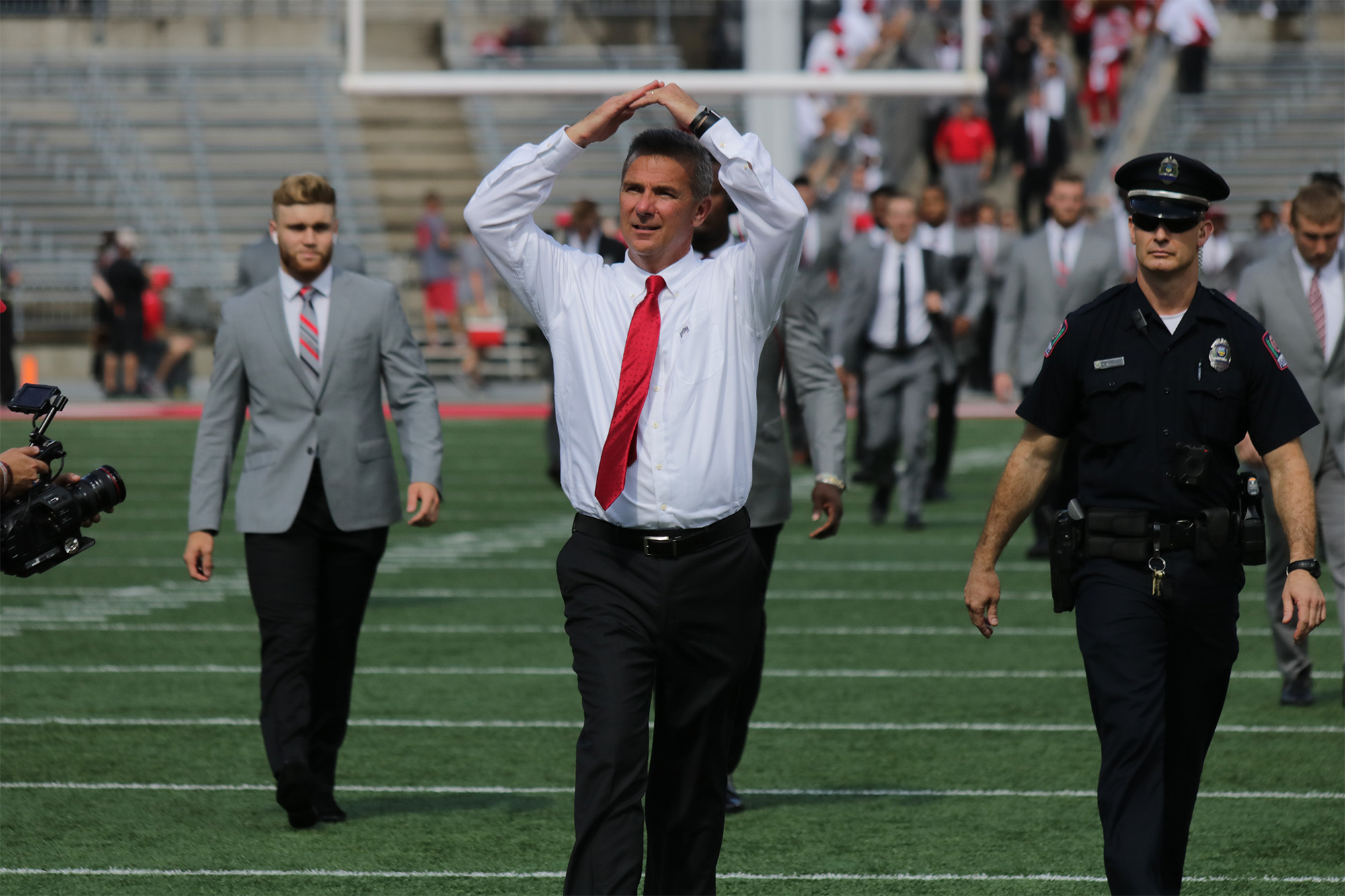 Athletic director Gene Smith, Meyer and Day are scheduled to hold a press conference at 2 p.m. to formally announced the changes.

Meyer took over as Ohio State’s head coach in 2012 after previously serving as a graduate assistant in Columbus from 1986-87 under Earle Bruce, his longtime mentor. He has compiled an 82-9 record with the Buckeyes, including an undefeated season in 2012 (Ohio State wasn’t eligible for the postseason that year) and a national title in 2014 in the first-ever College Football Playoff.

Meyer has struggled with headaches for much of his career, an issue that stems from an arachnoid cyst on his brain. He could be seen dropping to his knees on the sideline during an October contest against Indiana, and often showed signs of the headaches throughout this season overall.

He had previously said he planned on coaching in 2019, but never unequivocally said he would be back.

Just before the start of fall camp this year, Meyer was placed on paid administrative leave amid a university investigation into his handling of the employment of former wide receivers coach Zach Smith, who was fired in July. Meyer ended up being suspended for the first three games of the season.

During that absence, Day took over in an interim capacity, getting the first head coaching experience of his career. Day, a Manchester, N.H., native, guided the Buckeyes to a 3-0 start after wins over Oregon State, Rutgers and TCU.

The announcement of Meyer’s retirement comes before the 2018 early signing period, which is set for Dec. 19-21. With Day in place as the new head coach, recruits will have an established relationship with much of the staff as the Buckeyes aim to have continuity in the program.

The Buckeyes on Saturday clinched the Big Ten title for the second year in a row with a 45-24 win over Northwestern in the conference championship game. It was his third Big Ten championship as the head coach in Columbus.

Meyer will coach his last game with the Buckeyes on Jan. 1, 2019, in Pasadena, Calif., when No. 6 Ohio State faces No. 9 Washington in the Rose Bowl. The game will be broadcast on ESPN with kickoff set for 5 p.m.