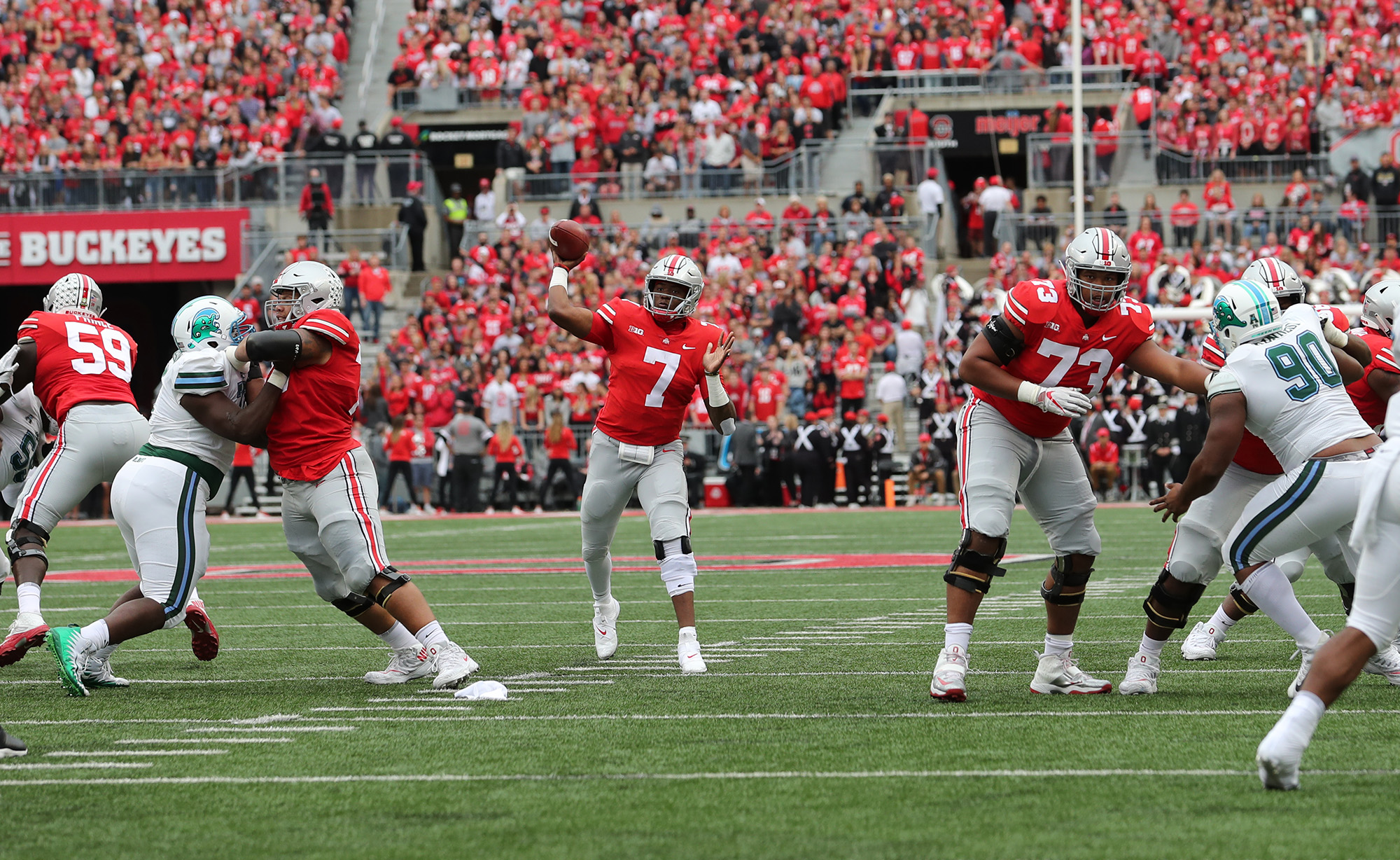 Haskins, a first-year starter from Potomac (Md.) Bullis School, set the single-season program and Big Ten records and in passing yards (4,580), total touchdowns (51) and passing touchdowns (47). He leads the nation in each of those categories this season in addition to being a first-team All-Big Ten selection, the Big Ten Offensive Player of the Year, the Big Ten Quarterback of the Year, the conference championship game MVP and the recipient of the Chicago Tribune Silver Football.

The accolades weren’t quite enough for the Heisman, though, as Haskins finished third in the vote, which was announced Saturday night in New York City. The award was won by Oklahoma quarterback Kyler Murray, while Alabama signal caller Tua Tagovailoa was second.

Team success might have played into the final vote as Murray’s Sooners and Tagovailoa’s Crimson Tide were in the thick of the College Football Playoff discussion throughout the year. The two teams are set to face off in the playoff semifinals on Dec. 29 in the Orange Bowl. Alabama is the top seed while Oklahoma is No. 4. The Buckeyes finished sixth after winning the Big Ten title.

The winner, Murray, is among the most dynamic players in the sport. The Texas A&M transfer has thrown for 4,053 yards and 40 touchdowns to just seven interceptions this season to go with 892 rushing yards and 11 more scores on the ground.

Tagovailoa, a Honolulu native, has thrown for 3,353 yards and 37 touchdowns to just four interceptions for the undefeated Crimson Tide.