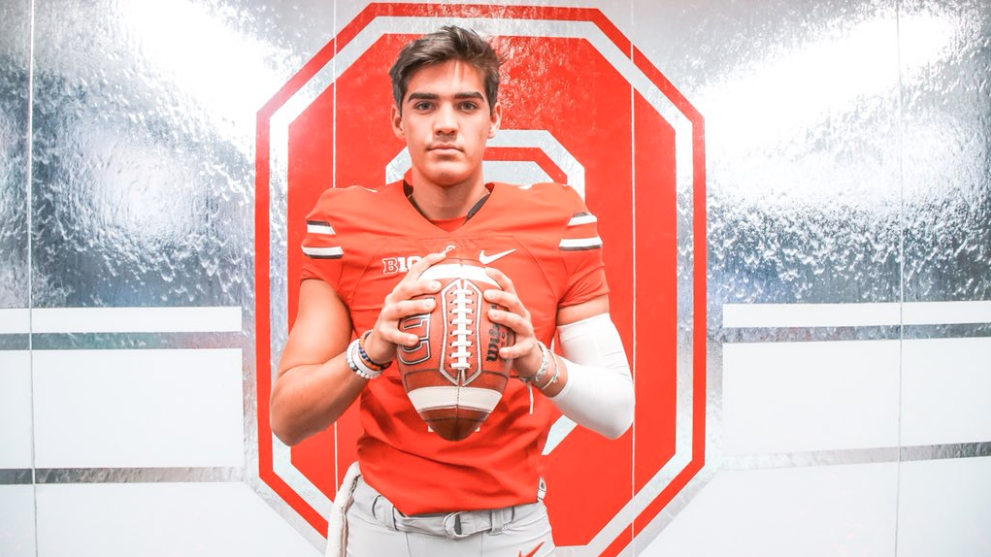 Nine days after he returned to Columbus with his family for Friday Night Lights, Jack Miller shared his plans to come back for good.

On Sunday, the four-star quarterback from Scottsdale (Ariz.) Chaparral took to Twitter at 2 p.m. ET and announced his commitment to Ohio State.

The 6-4, 210-pound Miller provides Ohio State with an early solution to its signal caller for the next cycle after head coach Urban Meyer and offensive coordinator/quarterbacks coach Ryan Day identified him last May with an offer.

The 247Sports composite rates Miller as the No. 47 overall player, No. 3 pro-style quarterback and No. 3 prospect in Arizona for the 2020 recruiting class.

After the Buckeyes pulled off their big recruiting win last Sunday and flipped Oak Park, Mich., four-star Dwan Mathis from Michigan State, OSU has now settled its search for quarterbacks in the classes of 2019 and 2020.

A teammate at Miller’s high school, 2020 four-star running back and Akron (Ohio) Buchtel product Darvon Hubbard, camped twice with the Buckeyes in as many weeks. The 6-0, 200-pound Hubbard hauled in his OSU offer last Tuesday and could join Miller at the next level.