Behind Enemy Lines: Tennessee Among Unfamiliar Foes Atop Recruiting Rankings 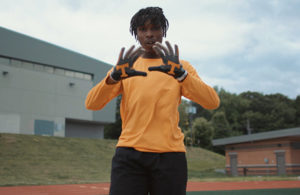 Behind Enemy Lines is Buckeye Sports Bulletin’s newest series on how teams outside of Ohio State — but relevant to the Buckeyes through history or through skill level — are recruiting in the current cycle. Up next is Tennessee.

While it’s no surprise to see Ohio State atop the 247Sports team recruiting rankings, an unfamiliar foe currently sits a distant second.

Tennessee, which has finished with an average ranking of 15th over the last four recruiting cycles, holds a nation-leading 24 commitments as of May 29. So who deserves the most credit for the Volunteers’ success on the recruiting trail thus far?

“I think there’s a lot you can credit. I don’t think it’s as simple as giving (head coach) Jeremy Pruitt or one of his assistants the bulk of the credit. It’s been a true team effort,” Nathanael Rutherford — the editor and lead content creator for Rocky Top Insider — told Buckeye Sports Bulletin. “This staff is exceptional at developing and sustaining relationships, and the 2021 class has been one they’ve targeted for a while as the class that could finally explode.

“Plus, I think the current pandemic has evened the playing field since prospects can’t physically visit places and coaches can’t visit. It allows coaches to call and have Zoom calls with more prospects than they’d be able to see face-to-face normally.”

Since the NCAA decided to halt all on-campus and in-person recruiting in mid-March amid the coronavirus outbreak, Tennessee has landed an unmatched 17 commitments. That, as mentioned, brings the Volunteers to 24 total pledges — six more than top-ranked Ohio State and 12 more than LSU, which sits at No. 10 in the 247Sports team recruiting rankings.

Those numbers are a big reason why Rutherford believes Tennessee’s haul looks better than it actually is.

“A good chunk of those 24 commits are kids in the top 500 of the 247Sports rankings, but Tennessee’s average player ranking isn’t really all that close to most of the other teams in the top 10 currently,” Rutherford said. “I think there’s a hesitancy to give Tennessee’s recruiting credibility right now, and I understand it. Look at who the Vols brought in from the 2014, 2015 and 2016 classes. How many of those four-and-five-star prospects ended up living up to expectations with UT? Not very many, that’s for sure. Because of that, Tennessee has earned a reputation of not being able to develop the talent they bring in. Yes, that was the previous coaching staff, and Pruitt and his coaches have better track records at their previous stops, but I understand the lack of buy-in from a national perspective all the same. Tennessee will have to prove themselves on the field in 2020 to really knock off some more of that perception.”

One of the most notable names in the Volunteers’ recruiting class is Bradenton (Fla.) IMG Academy four-star defensive back Kamar Wilcoxson, a two-time Florida pledge who had significant interest in Ohio State before he committed to Tennessee on April 27.

“I’ve spoken with Kamar a couple times now, and that kid is one of my favorite prospects I’ve ever interviewed,” Rutherford said. “He doesn’t sugarcoat things, and he knows he’s good. But he also knows he needs coaching up and development at the next level.

“I think with Florida, some of their staff rubbed him the wrong way and soured his relationship with them. That was evident by the fact that an assistant decided to take a shot at Kamar on Twitter when he committed to Tennessee. He spoke with me about that and, in short, said Florida’s coaching staff really disappointed him. I think he’s solid to Tennessee, though. He really, really likes Pruitt and (defensive coordinator) Derrick Ansley.”

Ohio State originally planned to host Wilcoxon on an official visit this summer, but a commitment from Bowling Green (Ky.) South Warren four-star defensive back Jantzen Dunn on April 20 seemingly left him without a spot in the class.

Similarly, Tennessee had a number of Ohio State commits high on their board.

“Tennessee definitely wanted Hopewell, Va., five-star running back TreVeyon Henderson, and I know Cornelius (N.C.) William Amos Hough four-star running back Evan Pryor and Nashville Ensworth four-star defensive back Andre Turrentine were on their board as well,” Rutherford said. “Philadelphia St. Joseph’s Prep four-star wide receiver Marvin Harrison was, too, but I never felt the Vols had a legit shot there. I think Henderson is for sure a recruit Tennessee would like to have from OSU’s class, but I don’t see them flipping him from the Buckeyes.”

Henderson notably committed to Ohio State without having ever been to campus, and a number of Tennessee pledges have done the same. Rutherford believes that could lead to a number of players reopening their recruitment once visits open back up.

“That’s definitely going to happen, in my opinion,” he said. “I think a few of the lower-rated prospects currently committed to Tennessee end up being recruited over and find a new school to commit to, and it wouldn’t shock me to see one or two of the higher-rated recruits currently committed also decide to go elsewhere. Tennessee is still going after way too many big fish for there not to be movement in this class one way or another.”

That said, the NCAA has rules that prevent a school from going over 25 prospects in any given class. That is, unless that program signed a smaller class the year prior or is willing to take a smaller class the following cycle. Even if there aren’t a string of decommitments in the coming months, though, Rutherford thinks Tennessee will try to capitalize on its current momentum and go over that limit.

“I think with blueshirting and grayshirting, Tennessee will do what they can to take more than 25 in this class,” he said. “The fact that the NCAA has extended the recruiting dead period so much and are not allowing recruits to visit for months on end should lead to the NCAA being less stringent on numbers for this cycle. I don’t know if that will end up being the case, but that’s what they should do.”

If the Volunteers do go above 25, they’ll be in direct competition with the Buckeyes for several of their top remaining targets, including Dallas (Ga.) Paulding County five-star linebacker Smael Mondon, Oradell (N.J.) Bergen Catholic four-star defense tackle Tywone Malone and Savannah (Tenn.) Hardin County four-star tight end Hudson Wolfe. And if Tennessee is able to win any of those battles, Rutherford thinks the program could finish with one of the nation’s top-rated hauls.

“I think a few of Tennessee’s current commitments will get bumps, and I also think some of the three-stars end up getting pushed out for some more highly-rated prospects, as well,” he said. “I still think UT finishes with a top-10 class, and I think a top-five class is certainly within reach.”