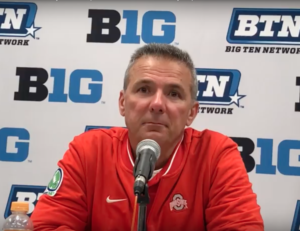 Urban Meyer returned to his usual Monday morning post following a thrilling win over Penn State to put the primetime win to bed and move forward to an upcoming contest against Indiana.

What follows are the main takeaways from Meyer’s Monday presser.