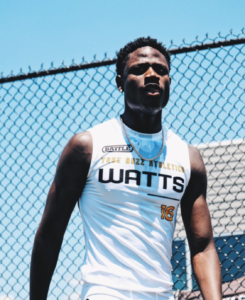 Watts was originally committed to join Lincoln Riley and Alex Grinch at Oklahoma, but re-opened his commitment with the Buckeyes serving as one of his top suitors.

The Little Elm (Texas) product is the No. 258 overall prospect and No. 19 cornerback in the nation, as well as the No. 41 recruit in the talent-rich state of Texas.

He also possess elite athleticism, clocking in at 4.59 in the 40-yard dash and at 4.07 in the 20-yard shuttle. Watts also leaped a remarkable 38 inches in the vertical jump.

Watts joins Clark Phillips and Lejond Cavazos as the cornerbacks committed to Ohio State for the 2020 class. It is believed the Buckeyes prefer Watts and Cavazos as outside corners, with Phillips, who has shown the ability to do both, on the inside.