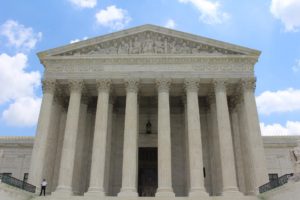 The Supreme Court unanimously ruled that the NCAA can’t enforce rules limiting education-related benefits for student-athletes Monday, a decision that provides an incremental increase in how student-athletes are compensated.

Justice Neil Gorsuch wrote the court’s opinion, which upheld an earlier decision from a United States district court judge that ruled the NCAA violated antitrust laws by placing limits on the education-benefits that schools can provide for student-athletes.

Gorsuch wrote that the NCAA “seeks immunity from the normal operation of antitrust laws.” He also said that allowing colleges to offer enhanced education-related benefits “may encourage scholastic achievement and allow student-athletes compensation more consistent with the value they bring to their schools.”

While the case doesn’t decide whether athletes can be paid salaries, it does help determine whether colleges can offer them thousands of dollars in educational benefits such as graduate scholarships, study abroad programs and tutoring.

Justice Brett Kavanaugh wrote a concurring opinion that took a stronger stance. He wrote that the NCAA’s restriction of any compensation, including payments for athletic accomplishments, might no longer hold weight in future antitrust challenges.

“The NCAA is not above the law,” Kavanaugh wrote. “The NCAA couches its arguments for not paying student-athletes in innocuous labels. But the labels cannot disguise reality: The NCAA’s business model would be flatly illegal in almost any other industry in America.”

Federal antitrust lawsuits continue to chip away at national amateurism rules. Politicians in 19 states have passed laws that reprimand the NCAA for not permitting student-athletes to be compensated. In Ohio, Sen. Niraj Antani (R-Miamisburg) created a bill that would allow athletes to make money from third-party endorsements if passed by the Ohio House of Representatives.

The United States Congress is currently debating multiple bills aimed at reforming the NCAA. Monday’s Supreme Court ruling of NCAA v. Alston is a victory for student-athletes and a large blow to the nonprofit organization.

Still, NCAA President Mark Emmert remains optimistic that the NCAA can reach an agreement with student-athletes about keeping the line between college and professional sports clear.

“Even though the decision does not directly address name, image and likeness, the NCAA remains committed to supporting NIL benefits for student-athletes,” Emmert said in a statement following the ruling. “Additionally, we remain committed to working with Congress to chart a path forward, which is a point the Supreme Court expressly stated in its ruling.”