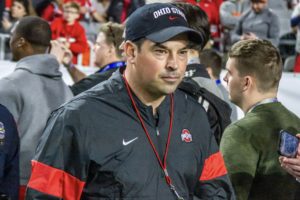 Head coach Ryan Day spoke to the media for the first time since Ohio State’s 29-23 loss to Clemson in the Fiesta Bowl on Dec. 28 to discuss the defeat, the hiring of Corey Dennis, as well as what the team is focusing on heading into the offseason.

Here are some of the things he had to say: