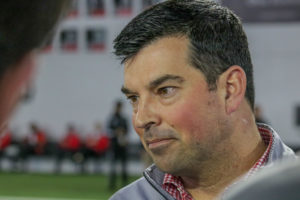 Ohio State met with the media for roughly 15 minutes on Monday morning following the Buckeyes’ ninth practice of the spring, at which time he answered questions about the quarterback battle and other pressing issues surround him team.

Here’s a quick recap of what he said: