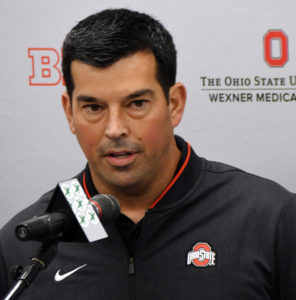 Ohio State’s 11th practice of the spring on Friday morning was open to the media in its entirety, which allowed those in attendance a chance to watch individual drills and a full team scrimmage.

Here’s a brief synopsis of what was said: