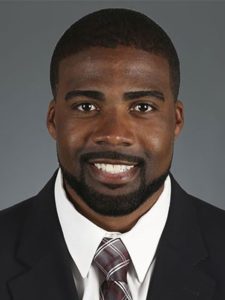 Ohio State hired two co-defensive coordinators Monday, including Greg Mattison, who had most recently served as Michigan’s defensive line coach. On Tuesday, a report from Rivals said the Buckeyes were aiming to add a second defensive coach from Jim Harbaugh’s staff.

According to the report, sources close to the program told BuckeyeGrove.com that head coach Ryan Day is set to hire Michigan linebackers coach Al Washington. The Buckeyes are not expected to retain Billy Davis, who served in that role under retired head coach Urban Meyer.

While there is no confirmation yet from Ohio State, the hiring would make Washington the fourth official member of Day’s defensive staff, joining Mattison, who’s position-specific role has not yet been determined, co-defensive coordinator/defensive backs coach Jeff Hafley and associate head coach/defensive line coach Larry Johnson. Johnson is the only carryover from Meyer’s defensive staff so far, while there has been no announcement regarding cornerbacks coach Taver Johnson at this point.