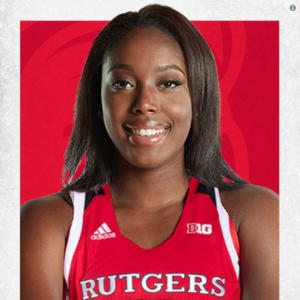 After initial reports surfaced Monday, rumblings were confirmed the next day regarding Sierra Calhoun’s departure from Ohio State for another Big Ten school.

In an announcement made Tuesday, Rutgers acknowledged Calhoun’s addition to the Scarlet Knights women’s basketball team as a graduate transfer for the 2018-19 season.

The senior guard had been expected to return for her fifth year of eligibility, saying so March 19 after OSU’s 95-78 loss to Central Michigan in the NCAA tournament.

She was Ohio State’s top scorer left from the 2017-18 campaign, averaging 11.6 points and shooting 35.8 percent on three pointers while starting all 35 games.

Calhoun’s switch to Rutgers is a homecoming of sorts for the Brooklyn, N.Y., native. She starred in high school at Middle Village (N.Y.) Christ the King, starting out as a freshman at Duke in 2014-15 before transferring to the Buckeyes.