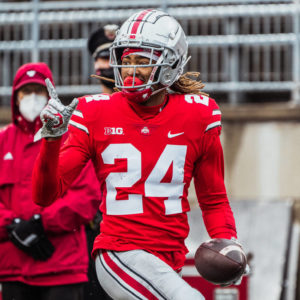 Davis guaranteed himself consensus first-team All-America accolades due to qualifying for the nation’s top team per the Associated Press, Football Writers Association of America, Sporting News and Football Coaches Association. The projected first-round pick has helped pave the way for the No. 5 rushing offense in the country at 275.6 yards per game.

The two-time captain at defensive end has helped Ohio State to be stout against the run, ranking No. 7 in the nation and allowing only 96.7 yards rushing per game.