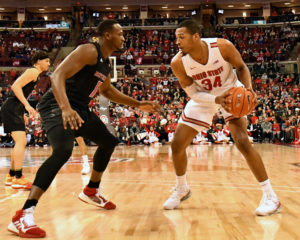 Kaleb Wesson, a junior center on the Ohio State men’s basketball team, earned Second-Team All-Big Ten honors from both the head coaches and the media covering the conference.

The junior big man became the No. 18 Ohio State student-athlete to earn All-Big Ten honors at the center position, with Greg Oden being the last at the position in 2007. Overall, Buckeye men’s basketball players have been honored as all-conference performers on 73 occasions.

As a sophomore, Wesson claimed honorable mention All-Big Ten accolades after being named to the 2018 Big Ten All-Freshman Team the year before.