Ohio State Stays At No. 2 In Coaches Poll 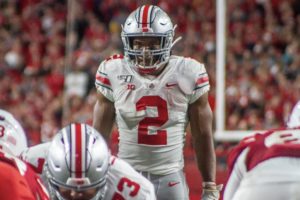 After yet another dominant win for Ohio State in the form of a 56-21 victory against Rutgers, the Buckeyes stayed put in the Amway Coaches Poll at the No. 2 spot.

Ohio State stayed behind LSU, who remained at No. 1 with 55 of the 65 first-place votes following a 58-37 win over Ole Miss.

Clemson, the other undefeated team after the Buckeyes and the Tigers, received four votes for No. 1 and finished No. 3 in the poll, while Ohio State earned six votes for the top spot.

Among teams in the Big Ten, Penn State ranks next highest at No. 9, and is Ohio State’s upcoming matchup on Saturday. Minnesota, after falling to Iowa for its first loss, fell four spots to No. 11, while Michigan ranks No. 12, Wisconsin at No. 14, and the Hawkeyes move up to No. 20.

Indiana, after its loss to the Nittany Lions, fell out of the top 25, but still received 39 votes.