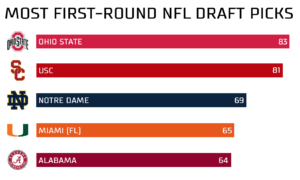 With the Washington Redskins’ selection of defensive end Chase Young with the second-overall pick the 2020 NFL Draft, Ohio State has passed USC for the most first-round draft picks of all time.

The two programs entered Thursday night tied at 81 first-round selections apiece since the draft’s inception in 1936, but Young pushed the Buckeyes ahead of the Trojans. Cornerback Jeff Okudah, who was taken by the Detroit Lions just one pick later, then extended the lead. 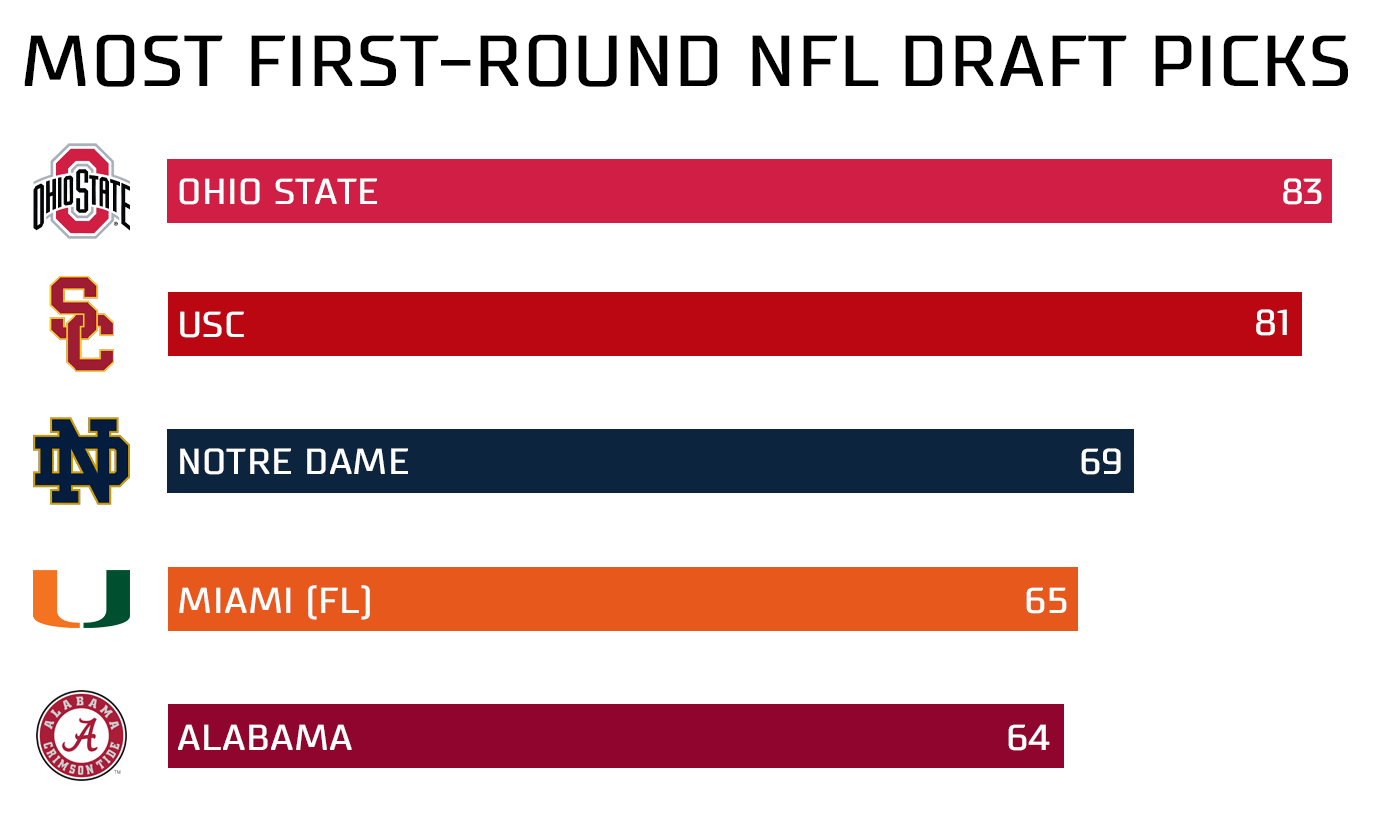 This marks the third time in program history that Ohio State has had two players selected among the first five picks, as offensive tackle Orlando Pace and cornerback Shawn Springs were taken with the first- and third-overall picks in 1997, respectively, while defensive end Joey Bosa and running back Ezekiel Elliott came off the board with the third- and fifth-overall picks in 2016, respectively.

USC could potentially cut back into Ohio State’s two-pick lead, with offensive tackle Austin Jackson projected by some to be a late first-round pick. The Buckeyes could push it to three picks if running back J.K. Dobbins hears his name called this evening, however.