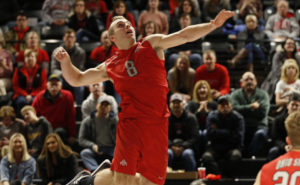 Devilbiss and Lallemand made the All-MIVA First Team, while Clark earned a spot on the Second Team. 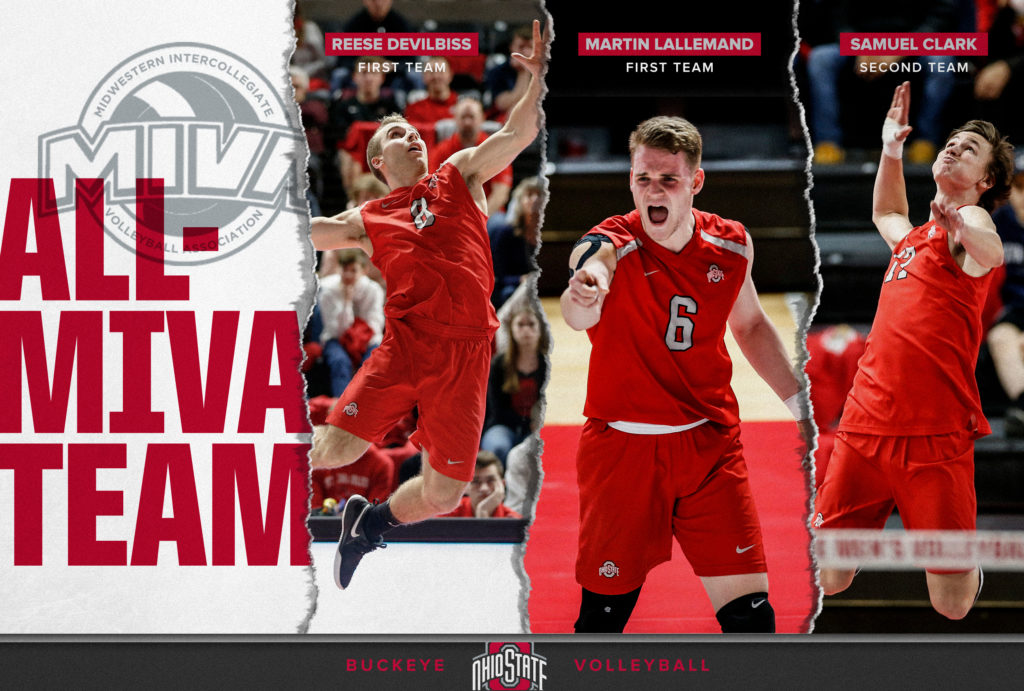 A force in the MIVA and men’s volleyball in general, Ohio State has boasted multiple players on the All-MIVA First Team for six straight seasons and totaled 25 first-teamers since 2010.

Devilbiss and Lallemand both ranked in the top 10 of multiple statistical categories across the MIVA. The outside hitters had led the Buckeyes to an 11-8 record in head coach Kevin Burch’s first season before it was cut short due to the coronavirus.

Devilbiss, a senior from Mount Wolf, Pa., averaged 3.22 kills/set for seventh in the conference, scored 3.68 points/set (eighth) while attacking at a .309 clip (seventh).

“Reese is the kind of guy you naturally look up to. His hard work and ethic made him someone you’d always want on your side of the court and in your gym. He would always find ways to push you beyond your limits and motivate you to excel in what you’re doing,” Lallemand said of Devilbiss. “More than that though, Reese is also an incredible guy, always fun to be around, always here to pick you up when you’re down. I will definitely miss having him in the locker room.”

Meanwhile, true freshman Samuel Clark, a middle blocker from Baltimore, Md., ranked in the top 10 in blocks per set (.89; seventh).

The trio started 18 matches apiece, and Clark finished as the only Buckeye to play in all 19 contests.

What follows are the MIVA award winners and All-MIVA teams: