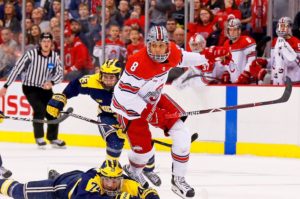 Joshua had been selected in the fifth round (No. 128) by Toronto in the 2014 NHL Draft. He played two full seasons with the Sioux Falls Stampede of the USHL before heading to Ohio State, where he concluded his collegiate career in March.

The Maple Leafs traded him to the St. Louis and Joshua then agreed to a two-year, two-way entry level contract with the Blues, who are the defending Stanley Cup champions.

A Dearborn, Michigan, native, Joshua was a member of the second senior class in the history of Ohio State men’s hockey to make three NCAA Tournament appearances, including a trip to the Frozen Four in 2018 (second in program history).

Joshua earned NCAA Midwest Regional All-Tournament Team accolades after helping lead the Buckeyes to victories against Princeton and defending NCAA champion Denver on their way to the Frozen Four. He won 66.7 percent of his faceoffs (26-13), blocked three shots and opened the scoring against Denver.

During his junior season in 2017-18, which was a historic one for Ohio State, Joshua finished seventh in NCAA and first in the Big Ten with a .592 faceoff winning percentage (260-179).

A steady four-year player, Joshua earned Honorable Mention All-Big Ten as a sophomore in 2016-17, scoring 12 goals and assisting on 23 more. As a freshman in 2015-16, he tallied five goals and 12 assists, highlighted by a three-point series against Michigan.

While Joshua works toward a spot on the Blues’ roster, he may spend time playing for the team’s AHL affiliate, the San Antonio Rampage, who play in the AT&T Center, also home of the NBA’s Spurs. 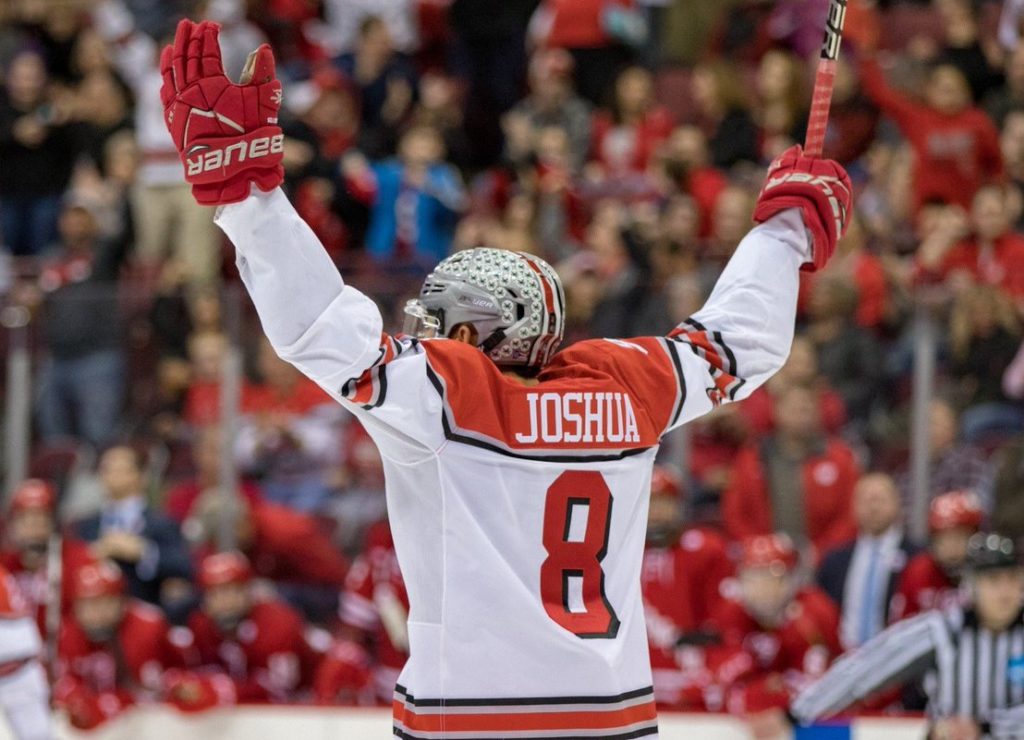