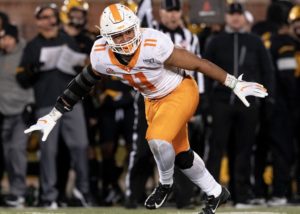 Over the last two seasons, Ohio State has received significant contributions from players who arrived in Columbus through the transfer portal, including quarterback Justin Fields (by way of Georgia), offensive guard Jonah Jackson (Rutgers) and running back Trey Sermon (Oklahoma).

So, it should come as no surprise the Buckeyes might go back to the well again this offseason in search of players the coaching staff feels can contribute at a high level.

“When you look at the position groups, we are pretty healthy in most positions, but we are always looking at (the portal),” head coach Ryan Day said on Jan. 22. “(Director of player personnel) Mark Pantoni and his staff are always looking to see who’s out there. But it has to be the right fit.

Gaoteote is notably the cousin and former high school teammate of defensive tackle Haskell Garrett, whereas Green is a one-time target who became close with linebacker Teradja Mitchell, defensive tackle Taron Vincent, cornerback Sevyn Banks and safety Josh Proctor when they played for the same 7-on-7 team at The Opening Finals in Beaverton, Ore., in July 2017. To’o To’o wasn’t heavily recruited by the Buckeyes, meanwhile, but he’s widely viewed as the best linebacker in the portal.

Ohio State is also monitoring the status of LSU cornerback Elias Ricks, who is reportedly considering entering the transfer portal. He’s a close family friend of cornerback Lejond Cavazos, and most prognosticators expected the duo to play together in college before Ricks pledged his services to the Tigers over the Buckeyes during the 2020 recruiting cycle.