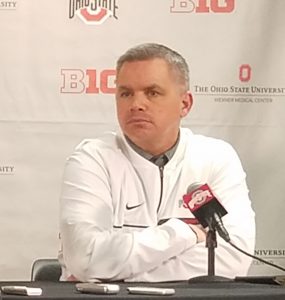 For the first time this season, the Ohio State basketball team has cracked the Associated Press top-25.

After wins over Creighton and South Carolina State last week, the Buckeye checked in at No. 23 in the country on Monday after being unranked for the first two weeks of the season. Ohio State last appeared in the AP top-25 in the final poll of the 2017-18 season, when it finished No. 17 in the nation.

The full AP top-25 can be seen below.