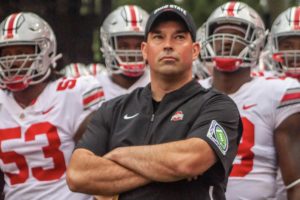 In a Zoom video call with the media Thursday, Ohio State head coach Ryan Day talked about the start of fall training camp for the football team, as well as the precautions his team has taken because of COVID-19 and how he is feeling about playing games within the next month.