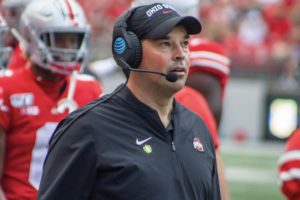 Ohio State head coach Ryan Day spoke to the media on a video call about the Big Ten’s decision Wednesday to postpone the fall football season for the rest of 2020, his thoughts on the potential impact this has on recruiting and the conversations he has had with the players following the recent news.