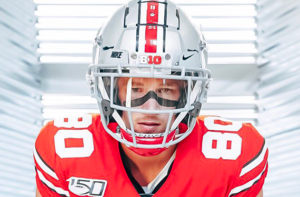 Borland and Fuller became two-time captains, and while Fuller will run out of eligibility, Borland can come back for a fifth year and join J.T. Barrett as the second three-time captain in Ohio State history.

Saunders, a fifth-year senior H-back, originally walked on to the team and earned a scholarship out of Dublin Coffman. The sure-handed receiver’s Ohio State career is highlighted by a breakout performance against UNLV in 2017 when he caught six passes for 102 yards and one touchdown.

Also an exceptional student, Fuller earned second-team Academic All-American honors as a sophomore and first team as a junior.