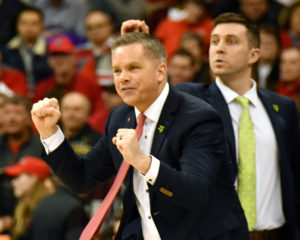 The No. 25 Ohio State men’s basketball team re-entered the Associated Press Top 25 this week, with a chance to move up in a matchup at No. 20 Iowa.

Head coach Chris Holtmann spoke to members of the media on Feb. 19, just under 30 hours from tip off at Carver Hawkeye Arena in Iowa City, Iowa.