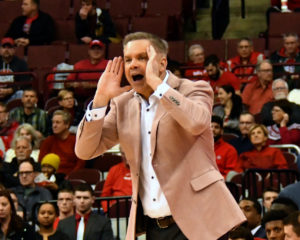 The No. 13 Ohio State men’s basketball team will take on Penn State on Jan. 27 coming off a big win at Wisconsin.

Head coach Chris Holtmann spoke to members of the media, discussing his team’s health and previewing the matchup with the Nittany Lions, which our led by interim head coach Jim Ferry. What follows is a rundown paraphrasing what Holtmann said:

Did early preparations for Penn State help you this time around?

Winning on the road?

Ahrens hasn’t played this much before. What makes you confident in him?

Tough not to play certain players?

Competing against teams of different styles?