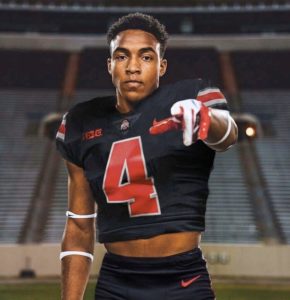 With NBC cancelling the annual All-American Bowl amid the coronavirus pandemic, Ohio State five-star running back commit TreVeyon Henderson announced on Oct. 25 he will now play in the Under Armour All-America Game.

The Under Armour All-American Game could eventually cancel its game, as well. But if it remains intact, Henderson would join Richfield (Ohio) Revere four-star offensive guard Ben Christman, who was the only future Buckeyes slated to play in the game.