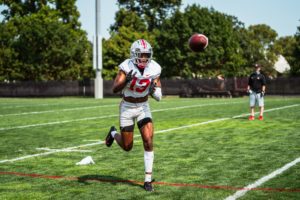 Tyreke Johnson came to Ohio State with sky-high expectations as a five-star prospect in 2018.

The highly touted defensive back followed the same path to Columbus as Shaun Wade, who also came from Jacksonville (Fla.) Trinity Christian Academy as a five-star recruit just one year prior.

Johnson was viewed as next in line to an exceptional run of defensive backs who thrived at Ohio State on their way to becoming NFL draft picks, often first-rounders, including Bradley Roby, Doran Grant, Eli Apple, Vonn Bell, Marshon Lattimore, Malik Hooker and Gareon Conley.

After redshirting as a true freshman, Johnson recorded just three tackles (one solo) as a redshirt freshman in 2019. The 6-foot-1, 195-pound corner served as a reserve behind starters Damon Arnette, Jeff Okudah, and Wade, as well as primary backups Sevyn Banks and Cameron Brown.

With Arnette and Okudah both going in the first round of the 2020 NFL Draft, the Buckeyes have openings at cornerback beyond Wade, who is a fourth-year junior.

Wade is moving from his typical slot corner spot to the outside, where either Banks or Brown, who are both juniors, are expected to start opposite him. Johnson will likely compete for time on the outside given his length, while senior Marcus Williamson is expected to take Wade’s place at slot corner.

Though Johnson has yet to live up to his recruiting rankings as the nation’s No. 21 overall prospect and No. 2 safety, he still has three years of eligibility remaining as a redshirt sophomore.

Fellow member of the 2018 class, Banks, said he and Johnson are very close and praised his teammates’ intellect. According to Banks, Johnson is ready to breakout.

“Tyreke, that’s my boy. We clenched (cliqued) as soon as we got in here,” Banks said of Johnson. “Tyreke’s doing well. He’s a smart, intelligent player. He’s going to get it.”

As someone who has also taken some time to make his mark, Williamson understands how tough it is to stand out in such a talented and crowded defensive backs room. From his perspective, Ohio State has reason to be excited about Johnson.

“Tyreke came in with that five-star pedigree and Tyreke’s extremely talented,” Williamson said of Johnson. “We’ve had some great guys in our unit and sometimes it’s hard to really break through, but Tyreke comes to work every day with his head down and he goes to work.

“We’re really excited for Tyreke, he’s been showing great things and we’re excited to see him on the field.” 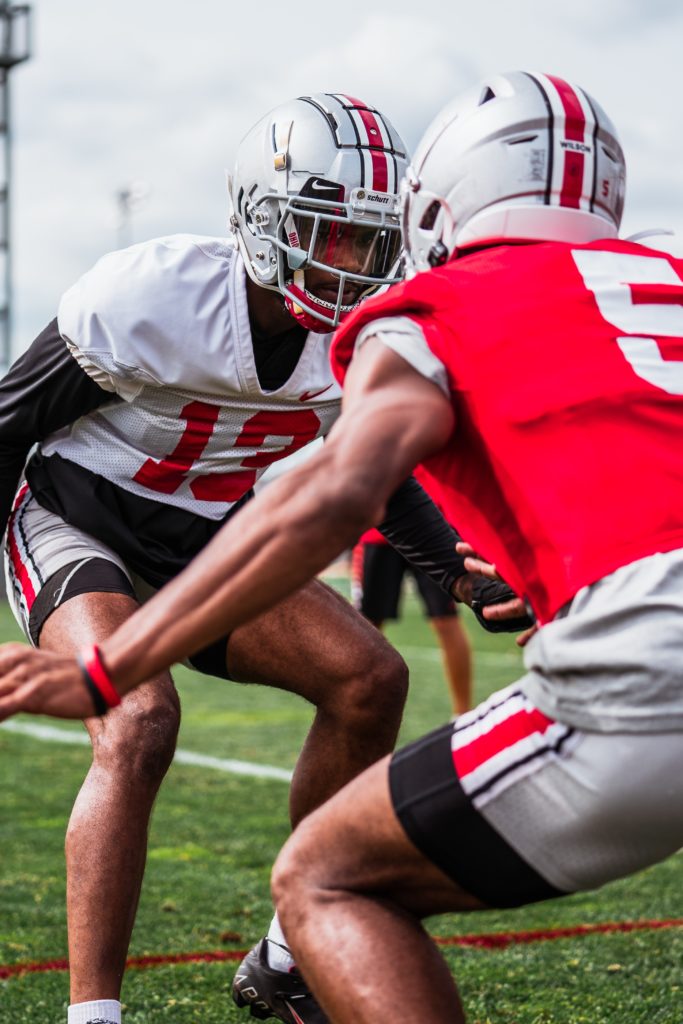