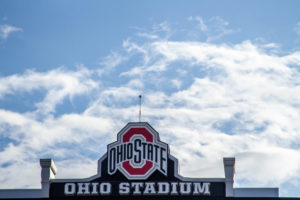 Following the lead of other events across the country that have either limited attendance or shut down entirely due to the worldwide coronavirus outbreak, Ohio State announced on Wednesday night it has cancelled its annual spring game, which was set for April 11 at Ohio Stadium.

Ohio State’s Department of Athletics will continue to host intercollegiate athletic sporting events, but attendance at all events for the remainder of the academic year will be limited.

The Buckeyes will continue hold spring practice and other sporting events, but noted competitions for the remainder of the academic year “will be limited to student-athletes and their immediate family members, team coaches and staff, essential event management, operational and facility staff, and credentialed members of the media.”

Fans who purchased online tickets to future athletic events, including the spring game, will be automatically refunded within five to seven business days. Others can return the thickets to the point of purchase for a full refund.

Several other schools have also made the decision to cancel their spring games in the last 48 hours, including Cincinnati, Kent State, Michigan, Nevada and TCU.

Ohio State also announced earlier this evening it has suspended all official and unofficial visits through April 20. Additionally, the coaching staff will not recruit off campus for the remainder off the spring due to new university travel restrictions.

Ohio State spokesperson Jerry Emig said the university has been working with governor Mike DeWine, who earlier in the day announced he will be issuing an order limiting spectators at all indoor athletic events in the state and recommended all on-campus events follow suit.

Fans will now have to wait until the Sept. 5 season opener against Bowling Green to see the Buckeyes take the field at Ohio Stadium.