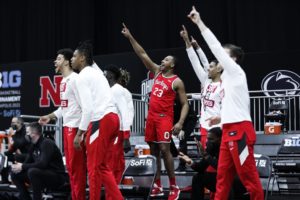 This is a shortened version of a story that appears in the upcoming print edition of Buckeye Sports Bulletin.

After a difficult end to the regular season, losing four straight matchups to Michigan, Michigan State, Iowa and Illinois, Ohio State men’s basketball bounced back in a big way during the Big Ten tournament. There, the Buckeyes took down Minnesota, Purdue and the Wolverines before once again falling to the Illini, this time in overtime of the championship game.

With that momentum fresh in the minds of many, Buckeye Sports Bulletin reached out to the beat writers who cover Ohio State in the days before the NCAA tournament began. BSB asked them what they were expecting from the Buckeyes as a No. 2 seed, their highest position since the 2012-13 season.

Length Of The Run

The majority of those asked how far they expect Ohio State to make it in the NCAA tournament answered that the Buckeyes will outperform their seed and make a run to the Final Four.

Eight out of 15 participants answered with Ohio State making it out of its region, likely having to defeat top-seeded Baylor along the way. Other foes along the way in the region include No. 3 seed Arkansas, No. 4 Oklahoma State, No. 5 Tennessee and No. 6 Texas Tech.

While 8 of 15 picked a Final Four run, the next most likely outcome came with a much earlier exit in the Sweet 16. Four beat writers came to that outcome, including three BSB writers in Crosher, Lind and Mayhorn. The other writer to make that prediction was Gerdeman.

Past that, three out of 15 writers thought that Ohio State would make it to the Elite Eight, faltering in the regional final at the doorstep of making the program’s first Final Four since 2011-12.

Though there was nothing that said that those involved in the poll all had to make the same selections for who the Buckeyes would fall to in the respective rounds, every writer was in agreement with the opponent that would take out Ohio State in either the Sweet 16, Elite Eight or Final Four.

The eight votes for the Final Four all said that the Buckeyes would lose to Illinois for the third straight time. The trio of Elite Eight votes said Ohio State would falter to the hands of Baylor, the top seed in the South Region.

The other four who had Ohio State making it only to the Sweet 16 had the Buckeyes losing to Arkansas. The Razorbacks were a high-scoring team (82.4 points per game) and rebounded the ball well (40.0 rebounds per game) heading into the tournament. They were also active on defense, with six players averaging at least one steal per contest.

Consistent with Ohio State’s season of consistently relying on a wide variety of players, the Ohio State beat selected a handful of members on the Buckeyes roster to name the “X-Factor” in Ohio State making a deep run in the tournament.

The two most common names were a pair of juniors in forward Justice Sueing and forward Duane Washington, who each received five votes.

Sueing is third on the team with 10.9 points per game, shooting 49.5 percent from the field and 37.3 percent from deep. He is also adding 5.6 rebounds per contest, second-most on the team.

Washington, following a career-high 32 points against the Illini, leads the team with 16.3 points per game, while shooting 41.4 percent overall and 38.1 percent from deep. The third-year guard is a volume shooter, and if he can get hot at the right time, Ohio State can beat anyone.

The next two players chosen were sophomore forward E.J. Liddell and fifth-year senior guard C.J. Walker, who received two votes each. Liddell, a first-team All-Big Ten selection, was second on Ohio State with 15.9 points per contest and led with 6.4 rebounds per game. But Liddell struggled mightily against the Illini, shooting 3 of 16 for 12 points in the 91-88 overtime loss.

As for Walker, he finished the Big Ten title game with 16 points and six assists in 33 minutes off the bench. His ability as a playmaker, as well as his prior experience on an Elite Eight team with Florida State, could prove invaluable to an Ohio State roster that may be facing uncharted territory deeper into the tournament.

One vote also went to senior forward Kyle Young, whose status is uncertain heading into tournament play due to a concussion.

Much like the question of who will take down Ohio State, the majority of the answers for this question ended up with Big Ten champion Illinois, who is a No. 1 seed in the Midwest Region.

Ten out of 15 responders picked the Illini to win the national title for the first time in program history. Led by All-Americans Ayo Dosunmu and Kofi Cockburn, Illinois boasted a 23-6 record and ended the season on a seven game-winning streak and were winners of 14 of its last 15 games.

Four other writers selected Gonzaga as its champion. The Bulldogs were the No. 1 overall seed and held an undefeated 27-0 record heading into tournament play. The lone other vote went to No. 2 seed Alabama, who won the SEC tournament narrowly over LSU.

To see the full version of this story, subscribe to the print edition of Buckeye Sports Bulletin. For four free issues, no card required, sign up at the link here: http://www.buckeyesports.com/subscribe-4issue-trial/