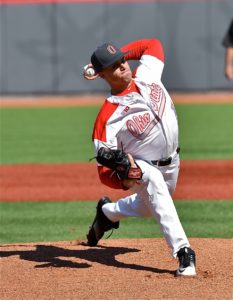 Seth Lonsway has been named a Second Team Preseason All-American.

Lonsway posted a 8-4 ledger with a 3.70 ERA in 92 ⅓ innings across 17 starts, earning a third-team All-Big Ten selection. The lefty fireballer also earned a spot on the Big Ten All-Freshman and All-Tournament teams in 2019.

“His breaking ball’s nasty,” Ohio State head coach Greg Beals told Buckeye Sports Bulletin of Lonsway. “When he is able to utilize it, he’s going to be tough because the fastball has a little life.”