NCAA Board Of Directors Unlikely To Pass Unlimited Transfer Rule 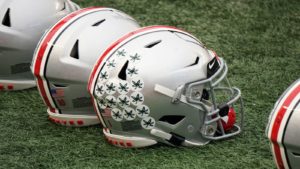 Despite recommendations from an NCAA council, the Division I Board of Directors is unlikely to approve unlimited transfers for collegiate athletes, according to sources of Nicole Auerbach and The Athletic.

Multiple sources told Auerbach, a senior writer for national college football at The Athletic, over the weekend that the Board of Directors will not vote to eliminate the NCAA rule prohibiting multiple transfers by athletes at its Aug. 3 meeting. This would mean that the one-time transfer rule would remain in place. According to those sources, the creation of transfer windows might also be delayed.

In July, the Division I Council endorsed eliminating one-time transfer rules and advised the NCAA to create structured dates that athletes can utilize to enter their names in the transfer portal. The package originated with the “Transformation Committee,” a group assembled to help modernize college athletics and empower student-athletes.

Schools that accept four-year transfer students receiving athletic financial aid will be required to provide equal or more financial assistance to that player until their five-year eligibility period or undergraduate graduation, whichever comes first. That player would continue to count against roster and financial aid limits unless the student-athlete is medically disqualified, exhausts eligibility, transfers or enters a professional draft.

Sources of The Athletic expert the elimination of the one-time transfer rule to be sent back to the Transformation Committee and/or the Council by the Board at its meeting today because it would unlikely pass if taken to a vote. Two sources expect that the Board would send back the package, including transfer windows and the financial aid piece. Another pointed out that if the Board only adds restrictions to athletes’ ability to transfer without opening up any opportunities, it potentially sets the NCAA up for more lawsuits.

According to those sources, the Board of Directors is willing to be fluid in the transfer portal and transfer window space. However, it will need a more comprehensive and structured plan from the Council to move forward, choosing to balk at unlimited transfers and transfer windows at this time.