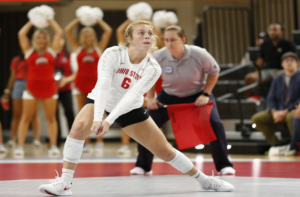 Murr was named to the All-Big Ten Second Team and the conference’s All-Freshman team, where she was joined by Moore. Additionally, senior Bia Franklin received the Big Ten Sportsmanship Award.

Starting all 32 matches at libero for Ohio State, Murr led the talented Big Ten with 4.90 digs per set.

The Yorktown, Ind., native earned the conference’s defensive player and co-freshman of the week on Sept. 23, becoming the first student-athlete to claim both honors in the Big Ten since 2015. Murr won Big Ten Freshman of the Week outright on Nov. 10.

The defensive specialist paced the Buckeye defense with 559 digs and posted double-digit digs in 31 appearances. Murr finished her first season in Columbus with a .949 serve reception rate, handling 689 of 726 attempts successfully. 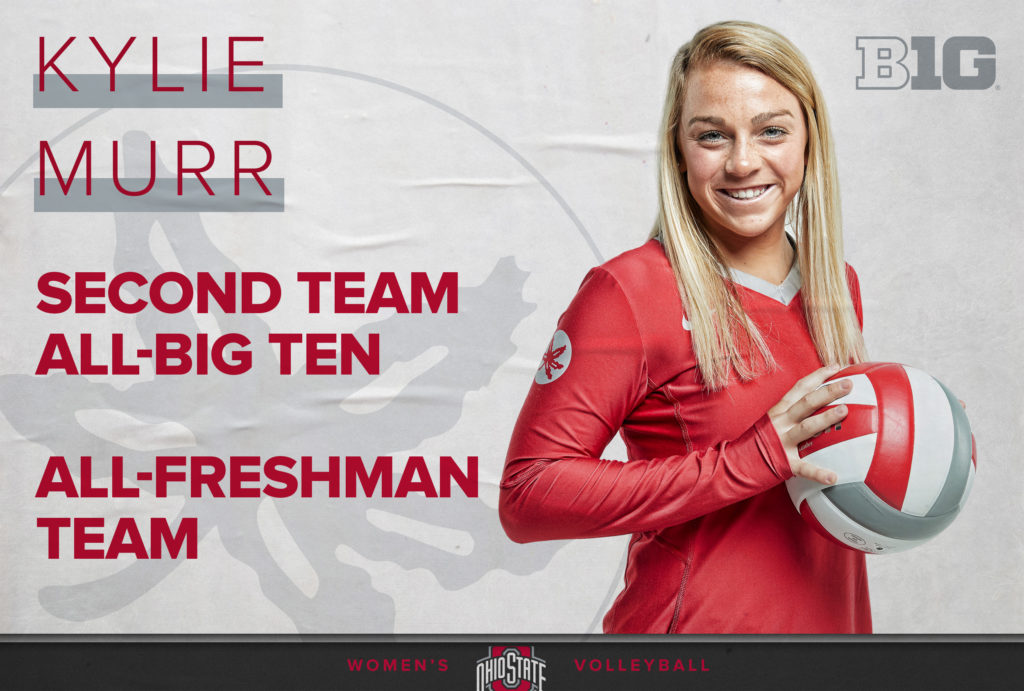 After recovering from injury, Moore started 11 of the 22 matches she played in. Through 78 sets, the athletic outside hitter averaged a team-best 3.45 kills and 3.86 points. The Germantown, Md., native ranked second on the team with 269 kills and notched double-digit kills in 16 matches, including a career-high 23 kills against VCU.

After averaging 4.12 kills and 4.38 points per set, Moore was selected as the Big Ten Freshman of the Week on Nov. 4.

Murr and Moore became the first Ohio State duo to make the All-Freshman squad in the same year since Audra Appold and Taylor Hughes in 2015, and No. 11 and No. 12 overall. 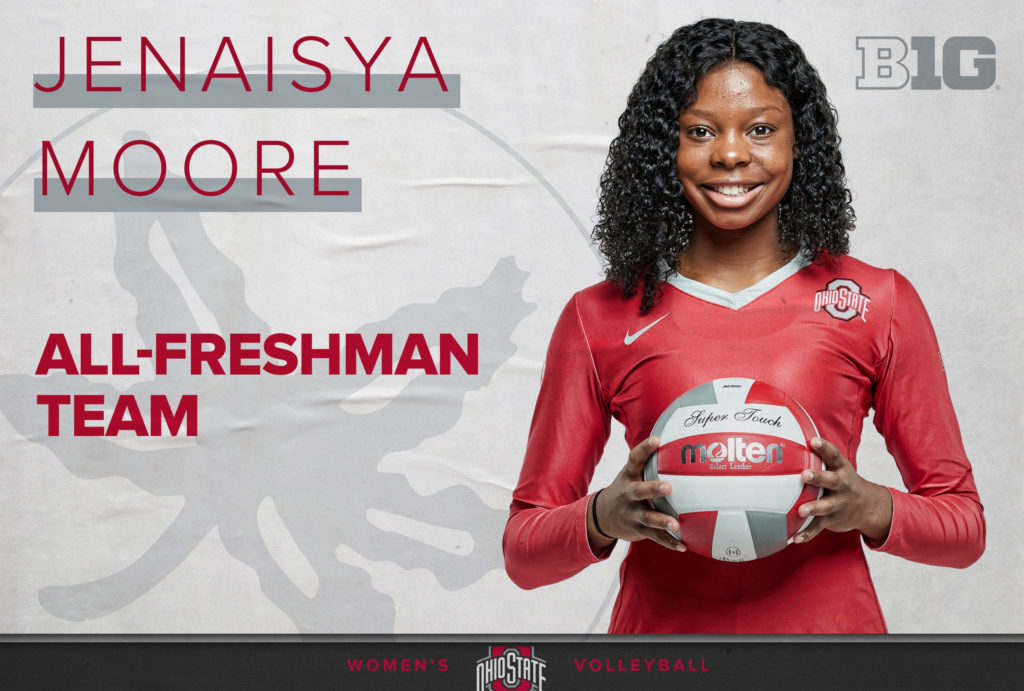 Franklin’s Big Ten Sportsmanship Award is given to student-athletes who have distinguished themselves through sportsmanship and ethical behavior while holding a good academic standing and demonstrated good citizenship outside of the sports-competition setting. Franklin finished the season with 142 digs, 23 kills and 10 assists with seven service aces. 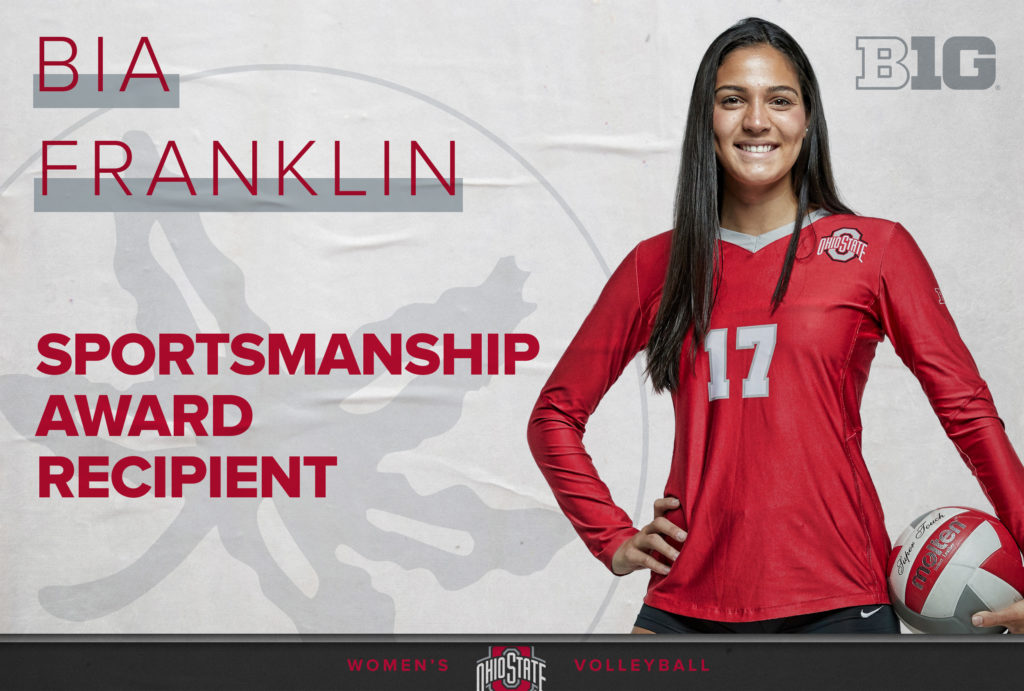