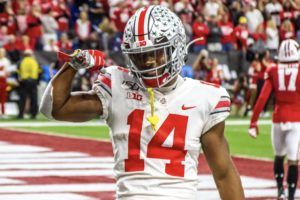 After a Thursday night matchup between the Kansas City Chiefs and Houston Texans, the NFL season is officially underway, which means the nine former Ohio State players who were selected in the 2020 NFL Draft are set to begin their rookie campaigns.

Here is the time and opponent for each of those nine rookies as they begin their careers at the next level.