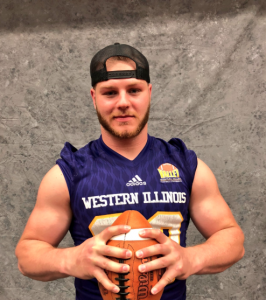 After a string of scholarship transfers for Ohio State in the offseason, the latest departure related to the Buckeyes comes from a former walk-on player.

A three-year linebacker and long snapper since he made the team after his tryout invite in the summer of 2015, Jared Drake announced Thursday his transfer to Western Illinois at the FCS level.

Excited to announce that the next stop on this long journey will be with the Leathernecks of Western Illinois University! #Gradball #WIU #MissouriValley pic.twitter.com/PF6poAV3Hr

Drake, who earned his walk-on spot at OSU after he enrolled locally from Westerville (Ohio) Central, was not listed on the updated roster this spring.

Not long after he arrived at Ohio State, Drake shed his black stripe Aug. 22 before the start of his first season with the Buckeyes.

Over his three years with OSU, Drake’s action came almost exclusively on special teams. He recorded one tackle in nine games.

With the Leathernecks, who went 8-4 last year and lost to Weber State in the first round of the 2017 FCS playoffs, Drake will be immediately eligible as a senior in the fall. He switches to the offensive side of the ball, playing what he described to be a “fullback hybrid position.”