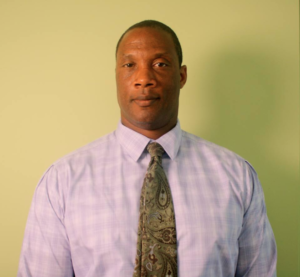 A former Ohio State football player was killed Oct. 6 when struck by a car in a drag race while walking along a road in New Jersey, according to a news release from Middlesex County Prosecutor Andrew C. Carey and Piscataway Police Chief Scott Cartmell reported Oct. 10 by MyCentralJersey.com.

Tyrone Harrison, 49, of Somerset, was killed in Piscataway at 9:17 p.m. near Ethel Avenue after getting hit by a drag race on Stelton Road.

Authorities are looking for information on the individuals and the driver, in a 2003 Honda Accord, who fled the scene.

Harrison was walking to a relative’s house from a train station in Edison when he was struck. He was pronounced dead on the scene from injuries sustained on impact.

“He always showed tremendous pride in Ohio State,” said New Brunswick High School athletic director Craig Lowery. “He always would talk about playing in the Horseshoe, and how he wanted to have a connection and pipeline to Ohio State.”

Harrison starred at Highland Park (N.J.) High School before heading to Ohio State, where he lettered his 1989 and 1990 seasons with 24 rushes for 92 yards.

“Our thoughts and prayers are with his family and friends,” said Ohio State athletics communications associate director Jerry Emig.