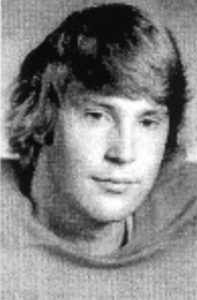 Former Ohio State fullback Joel Payton passed away on Friday at the age of 61.

A native of Mentor, Ohio, Payton played two seasons for the Buckeyes (1977-78). He notably led the Big Ten in scoring as a freshman (80 points) and finished his career with 111 carries for 420 yards and 14 touchdowns, including four scores in a 46-0 win over fourth-ranked Purdue.

“His freshman year, he was leading the nation in scoring in Woody’s old robust offense,” former Ohio State linebacker Jim Laughlin told Buckeye Sports Bulletin. “Great guy. He was just like, ‘Aw shucks.’ Never said much. Real humble guy. He was a hell of a player. (His death) was a total surprise. I used to see him every Saturday (at football games) walking up to Section 17.”

According to Ohio State’s media guide, the 6-1 and 221-pound Payton was considered the hardest-hitting running back on Ohio State’s roster and the team’s go-to player on third down. It added he was “frequently not impressive in practice but a Saturday afternoon player.”

After his playing days, Payton began a career in the automotive industry. He retired in March 2018 and focused on his golf game, hitting his first hole-in-one last year.

Payton is survived by Patty, his wife of 28 years and a fellow Ohio State alum, as well as two children and four grandchildren.