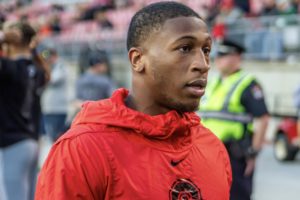 Riep, a senior from Cincinnati Colerain, had his bond set at $100,000 and was told to stay away from both his alleged victim and co-defended, as well as no future acts of violence or threats. Wint, a fifth-year senior from Brooklyn (N.Y.) Erasmus Hall, was given $75,000 bond and told the same.

Both cases will be heard consecutively on Feb. 21 at 9:30 a.m. by grand jury for potential indictments.

Riep and Wint were dismissed from the football program by head coach Ryan Day in Wednesday evening because they “did not live up to our standards and my expectations.” The former was expected to compete for a starting spot in the fall following the departure of starting cornerbacks Damon Arnette and Jeff Okudah, while the latter figured to see playing time at the Bullet position behind outside linebacker Pete Werner.