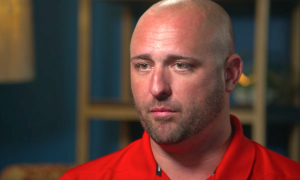 The attorney for Courtney Smith, who is the ex-wife of former Ohio State wide receivers coach and recruiting coordinator Zach Smith, said her client wants to fully cooperate with the university’s investigation into head football coach Urban Meyer.

Julia Leveridge, who represents Courtney Smith, said Monday in a statement to Brett McMurphy that she and her client believe Ohio State will prioritize “the safety and well-being of others above all else” as it determines if proper protocol was taken to report the allegations of Zach Smith’s past domestic violence.

Leveridge added that the university has never contacted Courtney Smith to discuss those allegations.

“Courtney Smith is currently involved in two legal matters, criminal trespass involving her ex-husband Zach Smith, and a domestic violence civil protection order she has obtained to ensure her ongoing safety,” Leveridge said. “Ms. Smith will have no further comments until these matters have been resolved. Her focus remains on caring for her two small children and continuing her nursing studies.

“As her attorney, I can tell you that Ms. Smith is cautiously optimistic that The Ohio State University’s investigative committee will determine if proper reporting protocol was followed upon learning of the ongoing, abuse allegations against Zach Smith. We believe the University must prioritize the safety and well-being of others above all else. While The Ohio State University has never contacted Ms. Smith to discuss these allegations, she will fully cooperate with the university’s current investigation.

“We would like to set the record straight in terms of the misinformation that has been circulating.

• Ms. Smith has received absolutely no compensation for any interview she has granted to reporters.

• Ms. Smith is a victim of domestic violence. She has made concerted efforts to press charges of domestic abuse against her ex-husband.

• Ms. Smith has never been charged with an OVI or any other criminal offense.

“The cycle of abuse is complicated. Breaking free from years of violence takes tremendous courage and support. Blaming the victim only contributes to the stigma that is already present in our society today. It should be unacceptable.

“According to the Centers for Disease Control and Prevention, one in four women will be the victims of severe violence by an intimate partner in their lifetimes. Cases such as this can be difficult to fully understand by those on the outside, who too often, shamefully cast judgment. Ms. Smith is grateful to those who have shown her the support she deserves during this challenging time. Again, we will have no further comment until the pending litigation is resolved.”