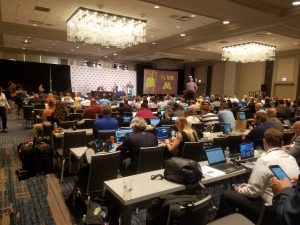 CHICAGO — Following Jim Delany’s press conference that signaled the start of the 2018 Big Ten Football Media Days on Monday, seven of the conference’s 14 head coaches took the podium for roughly 15 minutes each. Michigan head coach Jim Harbaugh was the last of the coaches to speak, and his comments can be found here.

What follows are updates from the first six coaches’ pressers.