Big Ten To Cancel Football Season On Tuesday, Per Report 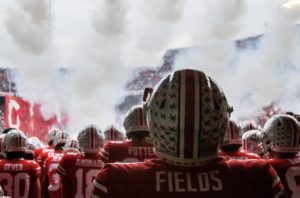 The Big Ten is set to announce Tuesday that the conference will be canceling the 2020 football season, according to a report by NBC Sports’ Dan Patrick on his TV show Monday.

“Here’s the information I got almost an hour ago. The Big Ten and Pac-12 will cancel their football seasons tomorrow. The ACC and the Big 12 are on the fence. The SEC is trying to get a delay to have teams join them,” Patrick said. The SEC is looking at exclusive TV contracts. Then I followed up with my source and I said, ‘So the Big Ten and Pac-12 cancel tomorrow?’ ‘That’s what I’m told this morning. Three Big Ten teams that I’ve spoken with said it’s done.’”

DP was told an hour ago that the Big 10 and Pac 12 will cancel their football seasons tomorrow… The ACC and the Big 12 are on the fence.. And the SEC is trying to get teams to join them for a season.

Patrick also said that, among the 14 university presidents in the Big Ten, 12 voted in favor of cancelling the football season, with Iowa and Nebraska being the two that voted to play.

This report comes after a pair of meetings between the university presidents this weekend to decide the fate of the football season. Following the Saturday meting, a report from ESPN said that the presidents were “ready to pull the plug on its fall sports season.” Incoming Ohio State president Kristina Johnson was not at the Saturday meeting, with athletic director Gene Smith taking her place according to Bucknuts, but was there for the following meeting Sunday.

Ohio State was set to play Illinois on Sept. 3 to kick off a 10-game conference schedule that was released by the Big Ten last Wednesday.