Big Ten Did Not Vote To Cancel 2020 Season, Per Spokesman 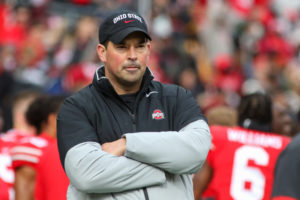 Though multiple reports have indicated the Big Ten plans to cancel the 2020 football season in the coming days, a conference spokesperson said no decision has been made as of Monday afternoon.

“No vote has been held by our presidents and chancellors,” the spokesperson told multiple reporters, including The Athletic’s Nicole Auerbach and Yahoo Sports’ Pete Thamel.

Big Ten spokesman says "no vote has been held by our presidents and chancellors."

Just got a text from a Big Ten spokesman. "No vote has been held by our presidents and chancellors." Hence, the Big Ten watch continues.

The statement comes just hours after the Detroit Free Press quoted multiple people with knowledge of the conference’s plans to formally cancel the season as soon as Tuesday, though those sources requested anonymity because they were not authorized to speak publicly on the decision. NBC Sports radio host Dan Patrick also reported the Big Ten held a vote on Sunday evening with league presidents voting 12-2 to not play this fall, with Iowa and Nebraska the lone holdouts.

The conflicting reports have only led to more confusion about the looming season, so stay tuned as this story continues to develop.