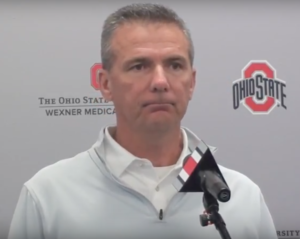 On the Big Ten coaches teleconference Tuesday, Ohio State’s Urban Meyer and Minnesota’s P.J. Fleck provided updates in several key areas and looked forward to Saturday’s noon kickoff on Fox Sports 1 from Ohio Stadium. With the resumption of practices for both programs, the two head coaches broke down the latest from each side before the No. 3 Buckeyes (6-0, 3-0) take on the Golden Gophers (3-2, 0-2).