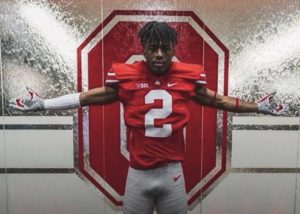 The 6-0, 175-pound Turrentine is considered the sixth-best safety and No. 136 prospect overall in the class of 2021, though Ohio State views him as someone who could potentially play in the slot at the next level. He recorded 73 total tackles to lead the Tigers to the state semifinals last fall.

Hafley’s departure for Boston College could have halted Ohio State’s momentum, but new defensive coordinator Kerry Coombs picked up right where he left off and visited Turrentine’s school in late January. The two immediately hit it off, so Turrentine set up an unofficial visit to Columbus for April 3.

That, of course, has been cancelled amid the coronavirus outbreak, which has made the Buckeyes’ recent string of commits even more noteworthy. Now expect him to return to campus whenever the recruiting ban is lifted and take an official visit in the fall.