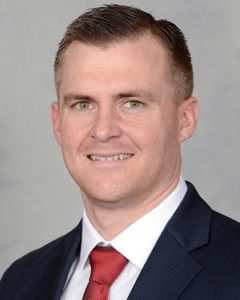 Head coach Ryan Day has finalized his fifth hire for his reshuffled staff, he announced Thursday through Ohio State.

Barnes spent the past three years at Maryland, where he started as linebackers coach from 2016-17 and picked up his additional duties as the Terrapins’ special teams coordinator into 2018.

“Matt is young coach who has really done a great job at Maryland,” Day said. “He’s an energy guy who has considerable knowledge of the Big Ten Conference plus experience coaching in the Southeastern Conference. He’s going to work well with our staff and I’m pleased to have him on board.”

Barnes comes to Columbus from College Park, Md., with 10 years of coaching experience. On special teams, Barnes led UMD to 18th nationally in kickoff returns with an average of 23.9 yards per attempt.

Prior to Maryland, Barnes was a defensive analyst at Michigan in 2015. He started his career at the Football Bowl Subdivision level as one of Florida’s defensive/special teams graduate assistants from 2012-14.

After Barnes graduated in 2008 with a business degree from Salisbury University, where he played linebacker for the Seagulls (Division III) and was elected as team captain by teammates, his move to the sidelines started ahead of the 2009 campaign as running backs coach at Delaware Valley College (Division III). Barnes then held the same position at West Virginia Wesleyan College (Division II) in 2010 before he was promoted to his 2011 role as offensive coordinator/quarterbacks coach.